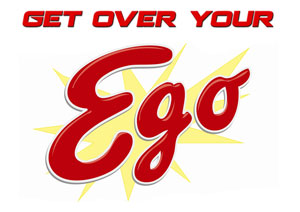 There is more to making a film than being creative.

Yeah, those may seem like fighting words, but such true words are rarely spoken. Don’t get me wrong, creativity is at the heart of the film business. Even the most derivative, seemingly-uninspired work has more creativity in it than most 9 to 5 jobs. But all the creativity in the world will not make a successful business. It’s a great foundation, but kind of like a one-legged man in an ass kicking contest… he’s going to fall down unless he has a partner holding him up.

I have been working with creatives for decades and many, I almost dared to say most, have difficulty setting aside their creative hat for the requirements of running a business. Which is fine if they will admit that they need help and partner up with a strong, business-minded individual. You know: a producer.

Sam Raimi teamed up with Rob Tapert. Now both produce, but Sam initially stayed more in the creative chair and Rob more in the business side of things.

Eli Roth’s breakout was Cabin Fever, but it wouldn’t have broken out without a great producing partnership with Evan Astrowsky.

And there are more examples. Don’t get me wrong, both crossed over, but they specialized where they were best suited. Sam and Eli have even gone on to produce projects that they don’t direct.

And I’m not talking about on set. I’ve been working with many first or near first time film makers that are trying to get their projects off the ground. These film makers through their creativity and vision have even been able to find people that are willing to help financially to get the film makers’ projects off the ground. That doesn’t mean, though, that they are willing to just throw their money away… and that’s where these creative individuals stumble and, often, fall down.

The money to their next creative project is dangling right in front of them but they don’t know how to put together a business to show that the money will not only be well spent, but returned to the financial partners. Honestly, who has $100,000 USD just sitting there to be flushed let alone one million? Multi-millionaires didn’t get that way by just throwing good money out the window.

So team up with someone that can talk intelligently about the numbers, the business, the sales, and the return. That knows how to deal with taxes, lawyers, payroll, distributors and all the little minutia that get in the way of you being creative.

I was recently told, “But they are investing in me so I need to know this stuff,” literally a day before they were sitting down with money people. I tried to explain that you couldn’t just teach them the words in a few hours. No script could be written that would cover a face to face meeting with unpredictable Q&A. That a real investor will know you are faking it and get turned off. I explained that their potential financial partners are investing in the film maker’s vision and creativity and will fully understand someone else on the team helping with the financial and business side of things. Heck, qualified investors hire accountants and lawyers for that too.

So, get over your ego.

The biggest part of being a film maker is surrounding yourself with people that know more than you do, and that includes the business.